Mr. Granowsky is a Principal and Co-Founder of ESG Kullen. He has over 30 years of experience in the successful re-positioning and management of real estate enterprises across a wide variety of asset classes including multifamily housing, urban parking, retail, commercial, and development. His career spans a variety of asset classes and includes over $1 billion in transactions.

In 2004 Mr. Granowsky founded KMG Partners (“KMG”), where he served as a Partner until co-founding ESG Kullen in 2010. While at KMG, he led the acquisition of $500 million of opportunistic and value-add real estate. In 2009 Mr. Granowsky met Tom DelPonti and shifted his focus to take advantage of compelling market dynamics in the multifamily space. The combination of market distress and their insight into asset repositioning led to the acquisition of over 2,200 multifamily units. Each of these transactions has generated strong cash flow and positive returns.

From 1992 until founding KMG in 2004, Mr. Granowsky held several positions at Murray Hill Properties, the most recent of which was Executive Managing Director of the Asset Repositioning Platform.

Mr. Granowsky is a member of several prominent real estate organizations and has built a deep network throughout his career. He received a Bachelor of Arts degree from Southern Methodist University. 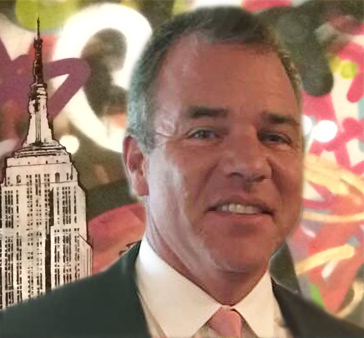 In 2000 Mr. DelPonti founded Stratus Commercial Properties (“Stratus”), an investment and development concern based in Southern California’s arm of the Kullen family real estate business. While at Stratus he focused on multifamily, retail, and medical office properties, as well as portion of the family’s nationwide shopping center portfolio. He was also responsible for overseeing entitlements of both retail and multifamily sites for ground-up construction.

Prior to co-founding ESG Kullen, Mr. DelPonti was a Senior Manager at Ernst and Young for 2 years from 2004 to 2006. In this role he oversaw portfolio analysis and optimization, due diligence and valuation, capital project risk management, feasibility studies, and acquisition and disposition. The product types included multifamily, retail, mixed-use, office, and industrial projects. His clients included Related Companies, MGM, Sony, and IAC.