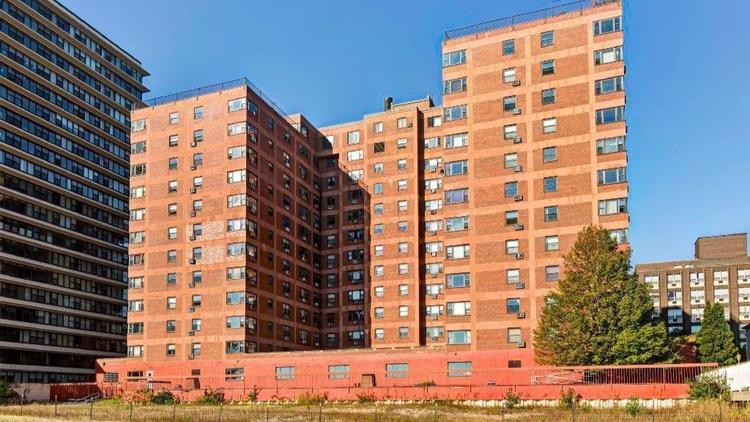 Edgewater Beach condominium owners plan to sell their lakefront building for more than $27 million to a New York-based real estate investor that wants to convert the 188 units to apartments.

Brooklyn-based Greenstone Property Group has agreed to pay $27.2 million for the 12-story building at 5815 N. Sheridan Road, pending due diligence, said Shawn Swift, president of the condo board.

If the sale is completed as expected, it would result in one of the largest condos-to-apartments conversions seen in Chicago. Such projects, known as deconversions, have emerged as a trend in recent years amid a strong rental market in the city.

Deconversion projects allow individual condo owners in aging buildings, such as the 1950s-era structure on Sheridan, to collectively sell their buildings rather than fund costly repairs. Last October, the Tribune reported the building was for sale.

The Sheridan building is at a rare location, directly on Lake Michigan. Most buildings along Chicago’s lakefront are separated from the beach by Lake Shore Drive or by seawalls.

Composed mostly of one-bedroom units, the building needs $3 million to $4 million in capital to make several long-needed repairs, Swift said. Only about half of the units are owner-occupied, with the rest used as rentals, Swift said. He’s among the owners who no longer live in the building.

“A lot of the owners are on a fixed income and wouldn’t be able to afford a special assessment like that,” Swift said. “Ultimately, I think ownership really made the right decision. We’ve been struggling, and I really didn’t see a path forward as a condo building.”

Almost 80 percent of the unit owners chose to accept the offer in an Aug. 24 vote, Swift said. Just over 13 percent of the owners voted against the sale, with the remainder not casting a vote.

Bulk condo sales must be approved by 75 percent of the unit owners, under Illinois law.

The condo owners are represented in the sale by broker Sam Haddadin of CBRE.

The record for a Chicago deconversion sale was set last year, when Strategic Properties of North America paid $51.5 million for Bel Harbour, a 207-unit tower in the Lakeview neighborhood.

The pending sale of a 391-unit building at 1400 N. Lake Shore Drive is about to shatter that mark. New York-based ESG Kullen has an approximately $112 million deal to buy that property, Crain’s Chicago Business reported last month.

Other large deals include the $35 million sale of the 133-unit Clark Place in the Lincoln Park area in 2016.

Greenstone Property Group principal Joel Gluck, an active investor in New York apartment buildings, declined to comment on the deal. The sale is expected to close by this fall, Swift said.

Deconversion investors typically pour capital into building repairs, improved amenities and spruced-up units in order to attract higher-paying renters. Some residents remain as renters. Units are upgraded as residents move out, allowing the landlord to push up rents over time.

“I think we will have a large number of owners who will opt to lease back,” Swift said. “It’s one of the few buildings in Chicago with direct beach access. The building has great potential.”

An earlier version of this column gave an incorrect last name on first reference to Shawn Swift.